I had the pleasure of attending the Central Pennsylvania Pastel Society’s new feedback group on Monday afternoon. It was a much needed experience. It is great to be out here in the woods and have time, peace and gorgeous views to paint, but it is so important to hear what your peers have to say about what you are doing and see what they are doing. I really appreciated their critique and am already looking forward to the next feedback group meeting!

The first image is the original Allegheny painting I did a while back, they suggested that I add more interest to the tree on the left of the image, and reminded me that the sky is lighter at the horizon.

The second image is with a make over. I am much happier with the tree on the left, I tried to lighten the sky but am not as happy with that – maybe I will work more on that in the future. I did not touch the trees or the water but was very surprised at the over change of the image. 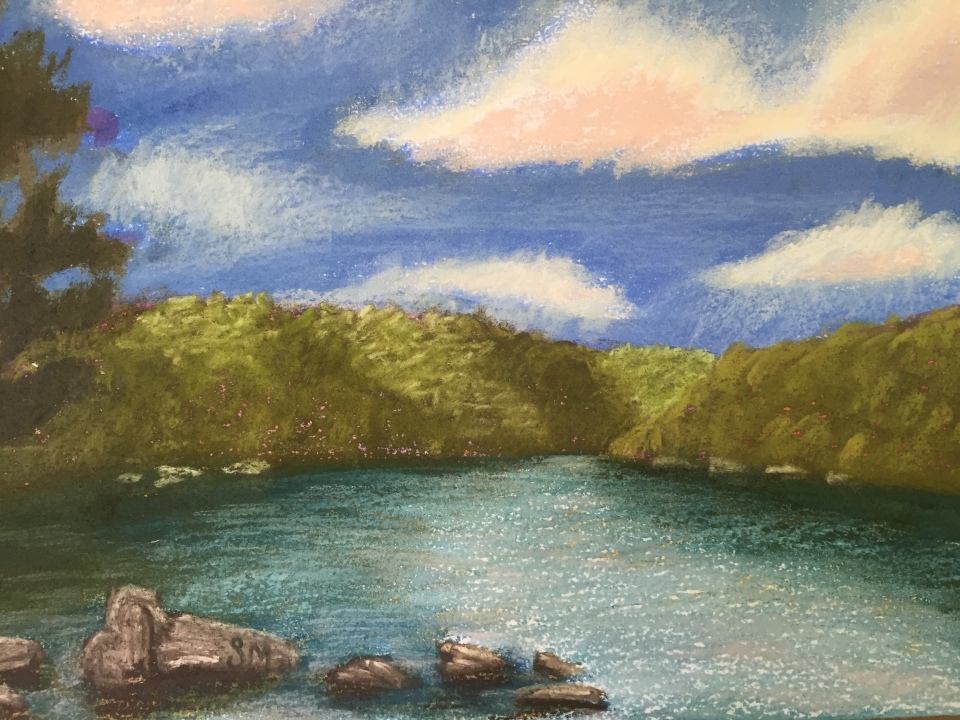 The original Mystic River painting they also suggested the tree on the left needed some detail, my sky was too dark at the horizon and the trees in the distance were not cool enough to show depth or atmosphere in the painting.

The second image has been edited with lighter sky, cooler trees in the distance and detail on the large tree on the left. Once I added some color to the tree on the left the water lilies were lost, I added a little color to help them stand out. I did not touch the water or the bridge. 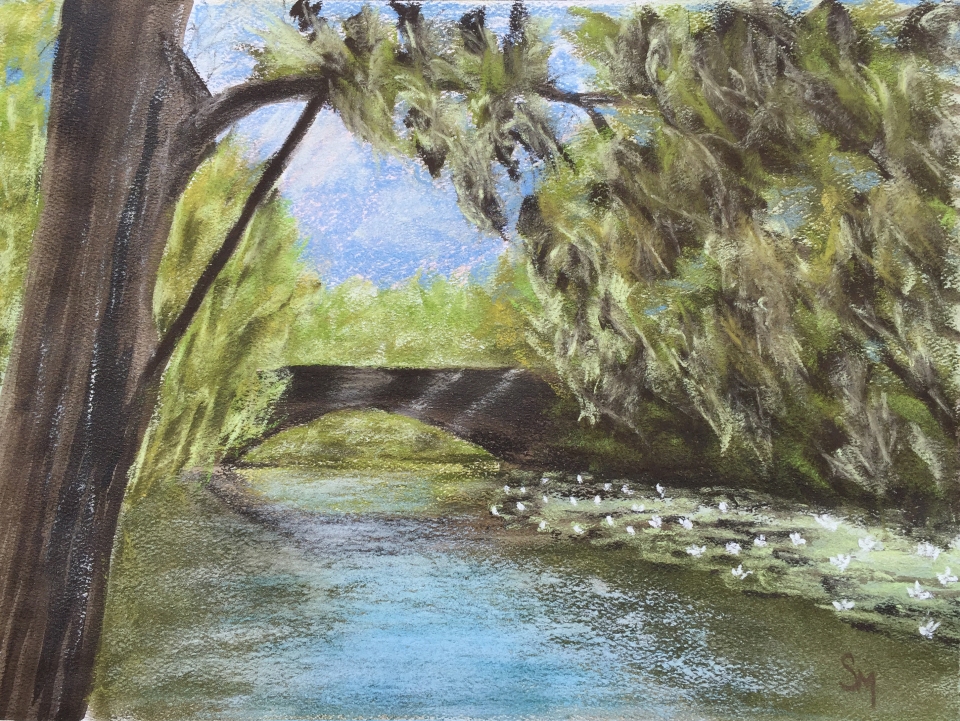 I was on a roll with the information they had given me so I took out another small image I had that I didn’t like and tried to help it a little as well. I am much happier with the new image. I believe it shows the depth of the woods and is easier to look at. 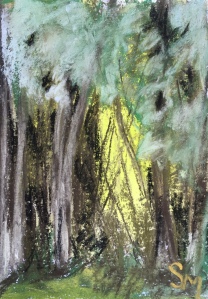 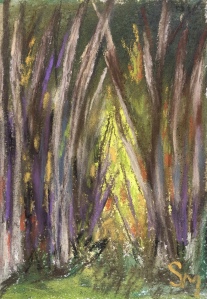 The group was impressed with what I had been able to do with limited pastels – pastels range from very hard to very soft, I own a set of 8 very hard and a set of 24 hard. Both sets have a limited value range, meaning no deep darks and no lights other than black and white. I have also been working on drawing paper, not pastel paper (other than the Strathmore which is more of a mixed media paper). Layering on pastel paper is how most artists work, layering is difficult on drawing paper as the pastels blend to easily and the color turns muddy at about the third layer. They suggested that I order a sample pack of pastels and a sample pack of pastel paper to experiment with and see what my preferences are. They also suggested that I stop on my way home and buy a pack of very fine sandpaper to paint on. I did. Although I don’t particularly like the image, it was fun painting on sandpaper. Yep, 320 grit 3M sandpaper from Walmart!